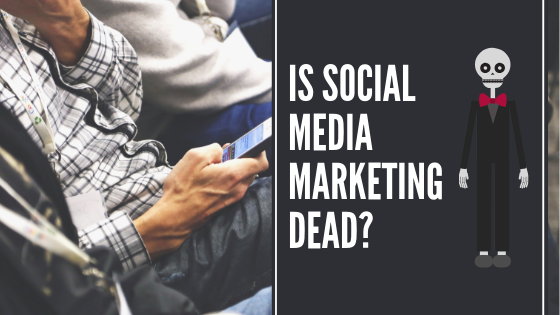 In 2018, people are still sitting and discussing the strategies of social media marketing. Back in 2008, Facebook has no significant algorithm focusing on content and the brands were free to capture a large audience.

In 2009, there was a huge blow to the organic and easy social media platform marketing. The complexity of algorithm we see today was then introduced and organic search reduced significantly.

Last year Facebook test a split news feed which eliminated posts from the user’s feeds. However, we saw Instagram’s algorithm change was added. On Twitter as well, algorithm was established and the network fought for survival.

So, as a social media marketer what should one think? Is the job closing?

Well, only time would reveal the real truth. At present, Facebook, Twitter and Instagram will be making a lot of changes. The platforms are making the shift to what the customers are demanding. This includes less of marketing, more information and great content.

If you are getting into an uncertain line of business, try opening a social media page. Everyone knows that the users are leaving and shifting base. A platform would be the talk of the town, but the next day it could be nothing.

All the social media platforms are hearing from the users that they do not want to see so many posts from brands. Hence, algorithms are changing at lightning speeds and it has become increasingly difficult for brands to advertise.

Why is this happening?

Most of the brands do not care about the users. They just want sales. When one asks the users about the reason, they would not say that they dislike the brand. It is just that the brands are failing to give real value.

We all are aware that Facebook has played around with its algorithm time and again and organic reach has shrunk drastically. But the bomb dropped my Mark Zukerberg in January where focus would be family and friends has left everyone thinking.

What is the answer?

For Facebook, the ship has sailed. The users should respond positively for content from family and friends and not so much from brands. In such a scenario, Facebook will be launching the “Explore feed” to manage business account posts.

Value driven content is what brands need right now. If the users think that they would miss seeing certain brands then they could be shown up to support the listing of Facebook.

According to Buzzsumo, social shares per post has declined by 50% in 2017 when compared to 2015. They also share how a trending topic quickly becomes saturated which gives out a few winners on social media.

The marketers should really understand the platform they enter. If the users are ready to see their posts then they stand a chance. The brands really have to fight their place on the social media account.

Hence, we have seen such a huge increase in spending on the ads in 2018.

Influencer marketing was supposed to be our saviour. People still want to see the posts and hear from the influencers. So, if the brands can get them to talk about their product, users would listen.

However due to some scandals last year, that might be in jeopardy too. It so happened that the influencers did not have as many reach as they actually showed on social media. This had become damaging for many personalities and affected many brands they endorsed.

Next generation of social media industry

So, after so much trouble what would the social media do? How could we all grow up and do real marketing on social media?

One thing we all accept that social media is a huge communication platform for the humans today. There is still a good deal of conversation going on. Let us all just take this as a small turmoil and hopefully the best social media platforms comes out as winners.

How to Win the Social Media Marketing Game?

There was a time when people gathered around a fire to share their daily stories. Today, that has...